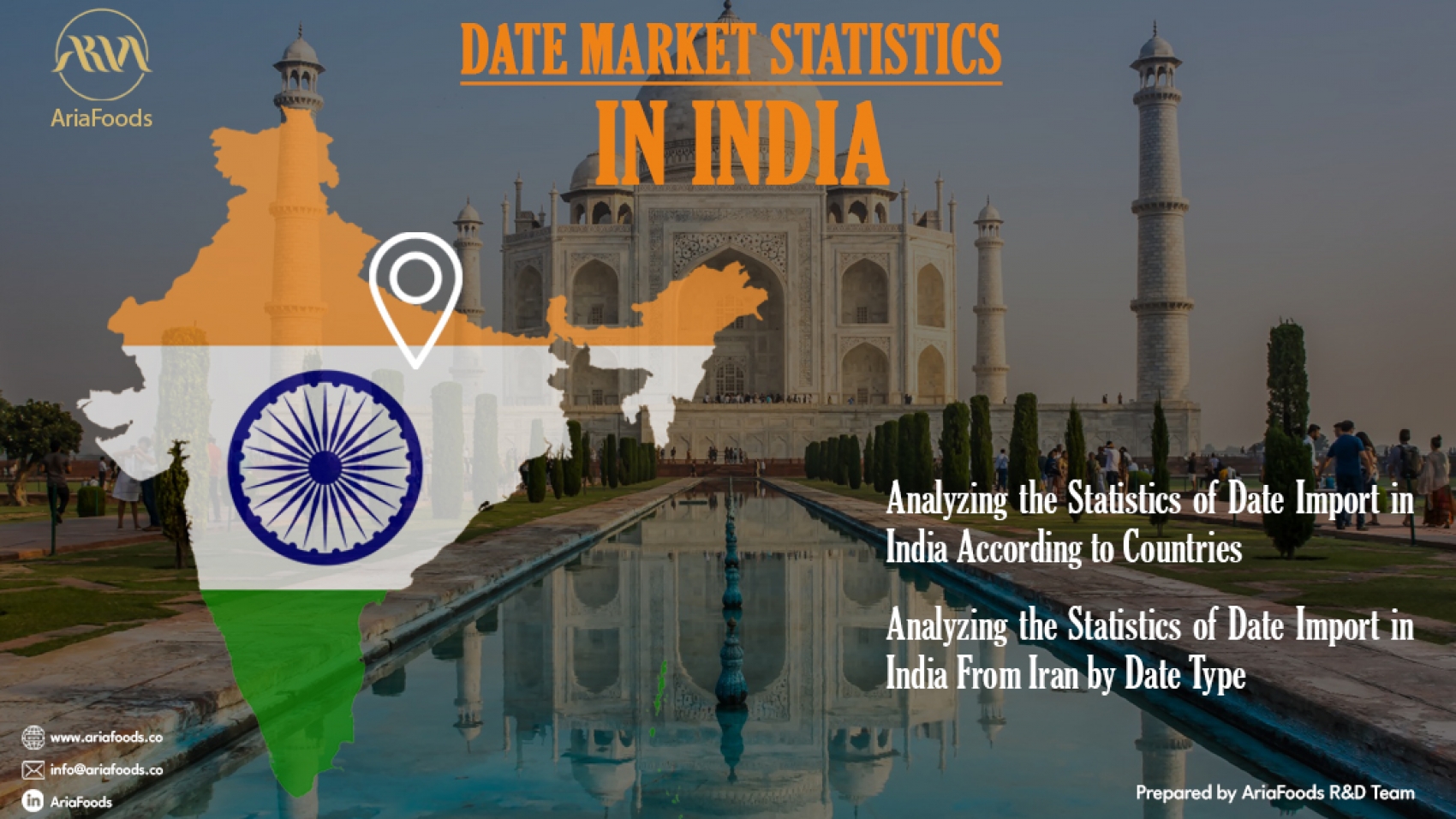 India is the first importer of dates. The amount of dates imported to this country is extraordinary. this makes the Indian dates market the biggest market in the world. In 2021, the import amount to India was 475,356 tons and the import value was $240,350. After that, Morocco and France are the second and third importers.

Since India has first place among the importer of dates, it is not a bad idea to take a quick look at this market. That’s why the AriaFoods R&D team collected numbers and statistics from FAO and ITS to analyze the Indian dates market.

Analyzing the Statistics of Date Import in India According to Countries 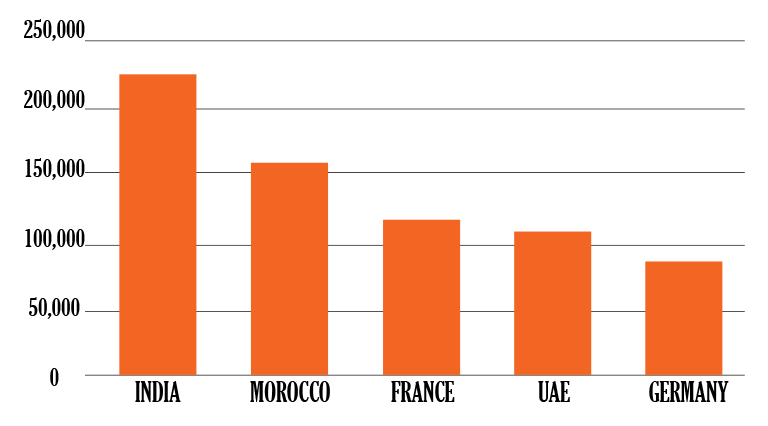 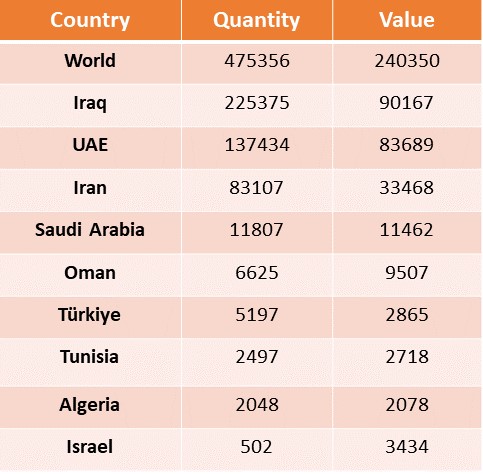 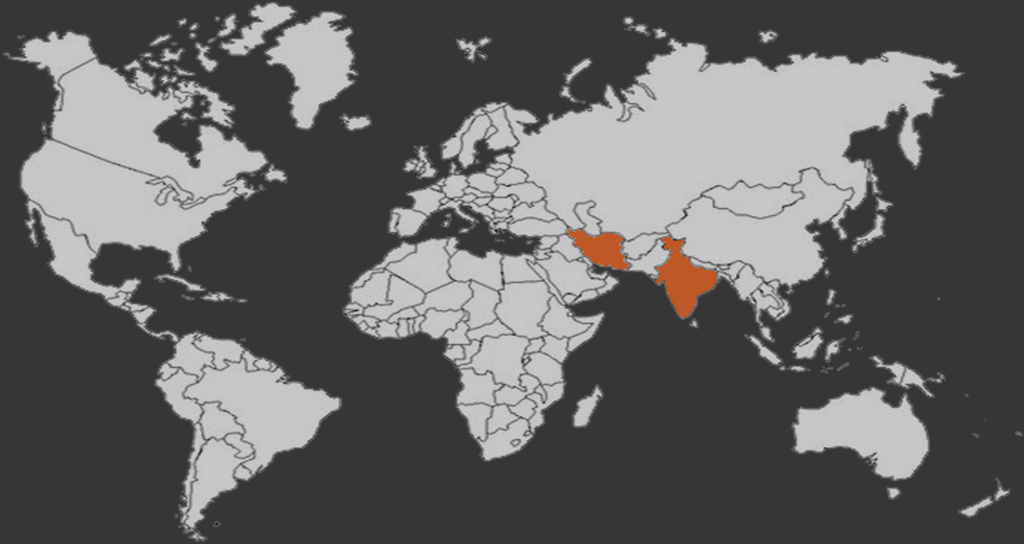 From this amount, Mazafati Dates have the highest quantity, and 47,961 Ton Mazafati dates were exported to India in 2021 after that Shahani with 14,291 has the second place and Kaluteh with 4,407 has the third place.

Dates have a fair share of myths and religious connotations attached to them. For instance, in Hinduism, it is widely believed that dates symbolize prosperity, happiness, and love. Perhaps, that’s why they always get to share space with other sweets in a gift box. Christians and Muslims adore the fruit because of its religious significance to them. which we talked about that in the article “Dates in different religions“.

Mazafati, Shahani, and Kaluthe have the most quantity exported to India. Which are classified into WET and SEMI-DRY categories.

The highest amount is for January, which is the month before Ramadan. There are many reasons why the use of Dates increases during Ramadan. But as mentioned, it is not only Muslims who are fond of Dates.

Mazafati dates have the highest export sales among Iranian dates. This date is one of the most popular dates around the world, Low fat and high calorie due to the high amount of sugar and low sucrose, making mazafati dates special. Mazafati dates are known by many names, like black dates, BAM dates, and one of the most well-known names is KIMIA DATES. The main production of these dates is in the south and southeast of Iran such as Bam, Kahnooj, Jiroft, and the cities of Sistan and Baluchestan provinces such as Saravan and Iranshahr.

Due to the weather conditions, the harvest time of Mazafati dates is late August and early October. The amount of moisture depending on the harvest time and the area under cultivation is from 15% to 35%. This date is dark purple at harvest and turns black after production and storage.

mazafati dates need refrigerated containers for transportation. Since these dates categories in wet and semi-dry, they should be in a cold and dry place.

The graph below shows the amount of Mazafati Dates exported from Iran to India by month.